He was a friendly 87 year old gentleman who wanted to regain a piece of his independence. He no longer felt secure walking without a cane. This was due to lock standing arthritis.

After thorough assessment of his lower body muscular strength and his overall balance, it was determined that there were impairments existing that prevented him from reaching his goal.

Unfortunately, this gentleman was completely unfamiliar with and hesitant to exercise. Having built a strong therapeutic alliance with his physiotherapist, he took the plunge and commitment to a targeted program tailoured to address his specific needs.

Six weeks following his first visit, he walked into my clinic without a cane.

He knocked his strength and balance scores out of the park. He boasted newfound confidence in walking without a cane, whether to a grocery mart or just around his neighbourhood.

There are many tools you can use to accomplish your goals, but if you don’t know how to operate those tools or how much to use them, you can end up setting yourself back further. This gentleman trusted in a person who he build a relationship with, and that person happened to be a physiotherapist.

As physiotherapists, we use good relationships built on trust to educate people on how to properly use tools that can help them achieve their physical goals and leap the hurdles in their lives.

A young boy fell and broke his foot playing in the backyard with his brother. He was seen in the emergency department by a doctor and was advised to wear a cast boot to protect his foot and to start virtual physiotherapy. The kid and his mother asked, why isn’t he going into surgery? The doctor replied that due to the COVID-19 pandemic, elective surgeries are being postponed and in some cases, foot fractures can be managed without surgery. The family wondered how this could work and how physiotherapy could work without hands-on services. But the family got set up with virtual therapy, and their son over time has weaned off the cast boot, is getting slowly back into activity and is grateful for the therapy he received.

I had a patient referred to me after being involved in a car accident. She was a young, 30 something kindergarten teacher who as a result of being rear-ended was having difficulty with her right leg, lower back and neck.

She was very distressed with her situation as she was having difficulty performing everyday tasks like walking standing and engaging with her kindergarten class at low levels.

She also had a wedding coming up. And was distressed about her ability to walk down the aisle and take beautiful pictures and enjoy her night.

This client also presented with high fear, high pain focus, which were barriers in her recovery. She participated in the active programming but continued to place blame on the other driver for her situation. She was most distressed about her upcoming wedding and made several arbitrary timeline goals for her recovery. When she couldn’t meet those goals, she became further frustrated. This required me to use a number of physiotherapy skills to aid in her recovery. A large part was education. Education on the recovery process, on pain mechanism and helping her break down her goals so she could make them more realistic and achievable, and also reminding her when she did achieve them that she was making progress.

We even had to make her exercise program more specific to her. We mimicked walking down the aisle by holding a heavy bouquet of flowers by having her hold a small dumbbell while walking around the clinic. It was silly, but it was what she needed to feel like we understood what was important to her.

While she wasn’t 100% recovered with respect to pain by her wedding, she was able to walk down the aisle, take beautiful pictures and participate, which was one of her main goals. I think the fact that she experienced the ability to do those things was really helpful for her in the last hurdle of her rehab as she was functioning at pre-accident levels short after. She really appreciated the fact our treatment included not only physical activity which she admittedly needed some support in performing but also acknowledging her fears and the things that were important to her.

A patient came out of the ICU for COVID 19…she’s had two negative tests and she feels lucky to be alive but she feels very weak and tired from her stay at hospital. Her doctor recommends virtual physiotherapy. For her to help regain her strength and endurance. She’s concerned about the safety aspects of doing this and is hesitant to get back into physical activity. However, she follows through with it and although her recovery is slow, she’s started to feel more like herself and is starting to see light at the end of the tunnel.

Hi my name is Laura Nasso and I work as a physiotherapist at Altum Health in Vaughan. The client was referred to me after years of being unable to step up onto a curb and ascend an descend stairs in a normal patterns. Even after both a hip and knee replacement. The client was becoming frustrated having to always find the opening in the curb and at times was embarrassed about how she went up and down the stairs in public.

This would often prompt her to use the elevator. During therapy our biggest challenge was to build confidence within the client that she could achieve her goals of navigating curbs and stairs. After years of avoiding these activities, you can imagine the fear and axiety the client had even attempting these activities. However with collaborative goal setting, client education, progressive strengthening, balance training and practicing on steps and curbs at a variety of heights, the client was able to achieve their goals. The client now has the confidence to navigate curbs of any sizes, allowing her to move around her community more freely.

She now also takes the stairs to and from her office and condo which has increased her daily activity level. Empowering our patients to achieve their goals through careful listening, collaboration, education, and activity modification and a positive therapist-client relationship is what we do best as physiotherapists. Happy national physiotherapy month. 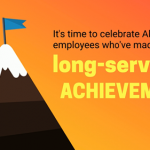 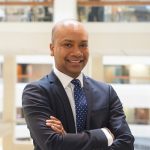