“My career is over,” thought Eric B. on June 16, 2020. A workplace accident left several of his fingers fractured and in need of hand therapy. The most severe of the fractures led to the amputation of the tip of his right ring finger.

Suddenly, Eric’s future ability as a woodworker was in doubt. Would this injury be the end of his preferred recreational activities of wood carving & rock climbing? But more than that, his means to make a living?

The day of his appointment with a hand therapy specialist arrived. Eric learned that with the right care and hard work he would be able to return to these activities. This was great news. However, over the next several weeks of sessions, he continued to have difficulty healing.

But he didn’t give up and continued to work hard.

After meeting with Dr. Herb Von Schroeder at Altum Health in Mississauga, Eric noted a major improvement in his hand. At that assessment, his Care Team of Dr. Von Schroeder and Occupational Therapist Kendal Dickinson reassured him. All work and recreational activity recreational is safe and he could expect a recovery within 90% of his previous function.

Finding the Confidence to Recover

As of November 2020, Eric has made progress with his treatment at Altum Health in Mississauga and he has returned to all his previous work activities. Furthermore, he’s now in training to return to his preferred sport of rock climbing. Eric even used his skills as a woodworker to construct his own “hang board” to train fingertip gripping.

Eric recalls feeling relieved by the message provided by his Altum Health Care Team. It gave him the confidence to begin immediately working on the recovery and rehabilitation of his hand.

“I’m stoked”, said Eric. “The time and effort put into my recovery has paid off”.

The emphasis on progressive and challenging exercise was key to Eric’s recovery. A focused prescription of functional strengthening completed the road map to his recovery.

“I came here and was asked to push, and saw a bigger return on the effort”. 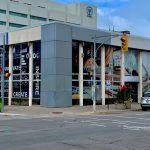 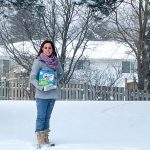 Jacob’s Journey – A Story of Hope and TriumphUncategorized