This article originally appeared on the City of Oshawa website on Thursday, October 29th, 2020. The image below is of downtown Oshawa and is republished with permission.

Renovations are currently underway on the former BMO building in downtown Oshawa (pictured above). The building is the future home to Altum Health, a division of University Health Network.

Altum Health’s new rehabilitation clinic is located at 38 Simcoe Street South, and will open in 2021.

The downtown core location will be easily accessible and within minutes of Highway 401 to serve residents across Durham Region.

“The Oshawa community is excited to welcome Altum Health and the University Health Network to the downtown core and to see the transformation of the former BMO building. Altum Health’s services will be a wonderful complement to Oshawa’s vast healthcare network,” said Oshawa Mayor Dan Carter.

Learn more about the City of Oshawa’s Economic Development Services: 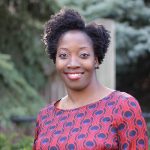 ‘This has been a truly humbling experience’Uncategorized 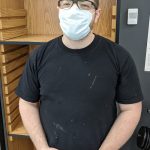